Putting feathers on an automaton bird 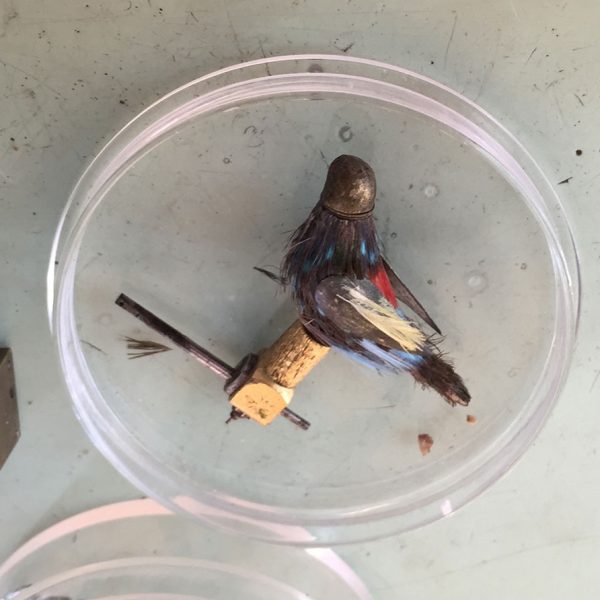 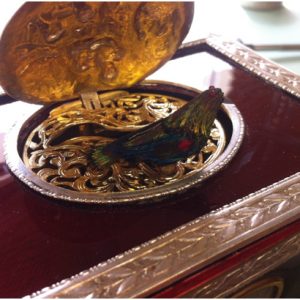 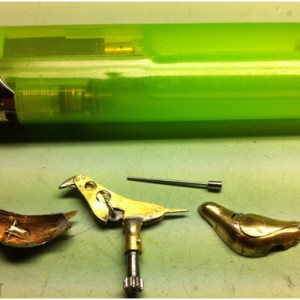 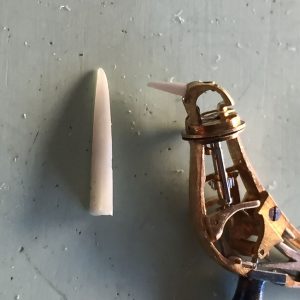 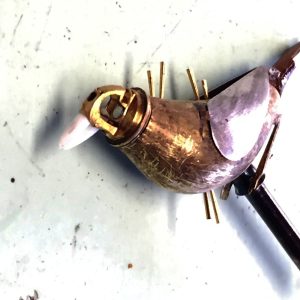 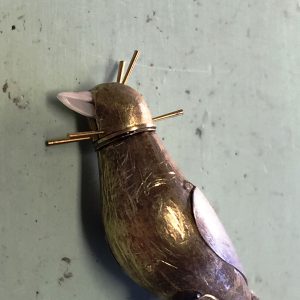 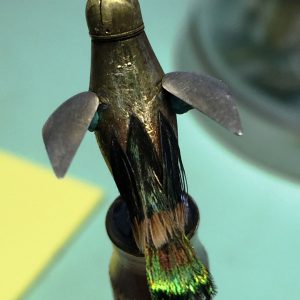 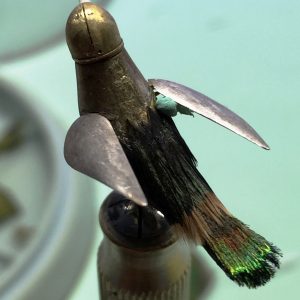 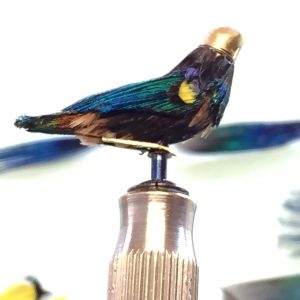 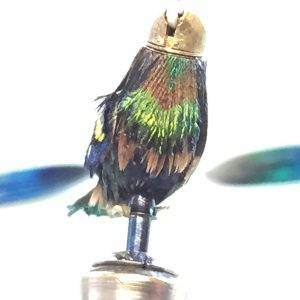 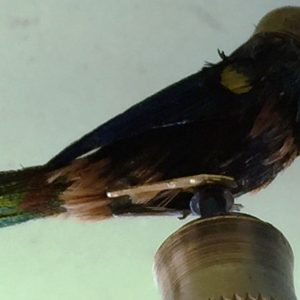 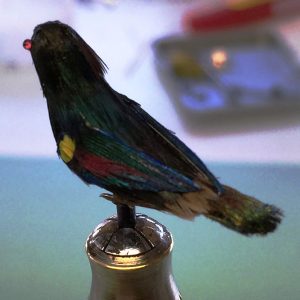 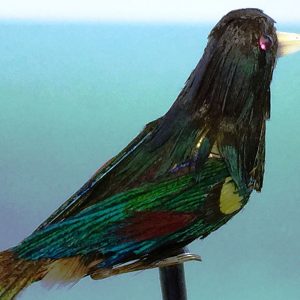 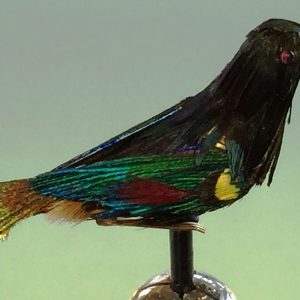 It is really difficult to solve the problem of putting feathers on an automaton bird. With large birds it is not a great problem but when you have a bird with movements 1 cm long, it is impossible today, and it is also a crime, to use hummingbird feathers, which are the iridescent feathers originally used on these automatons.

When looking for iridescent feathers, there are very few options, and the size is out of proportion to the size of the bird.

It is necessary to alter the feathers that are legally traded on the market today. Unfortunately, hummingbird feathers are not among them, and the size is much bigger than the feathers originally used. When looking for iridescent feathers, there are very few options, and their size is out of proportion to the size of the bird.

I have been a fly fisherman for many years and I tie my own flies, so I know how to handle feathers and many tricks for tying different types of feathers to a hook. When we have to glue one very big feather to metal, instead of a number of them, and have it keep its shape and colour, it is really complicated.

Over the years, I have perfected a method for replacing the plumage on miniature birds, by using the available feathers that I have been collecting. In some cases, I have had to dye them with aniline dyes for the big birds in cages, and it has not been difficult to get the desired effect. In the case of miniature singing bird boxes with hummingbird feathers, made for example by Bruguier, Rochat, Frisard or Griesbaum, it is much more complicated.

I am currently using peacock and pheasant feathers, from different parts of their bodies, but these are enormous for miniatures, so it is necessary to follow a procedure to fit these big iridescent feathers to the tiny body of the bird. The first step is to choose the right feathers and strip off any down and defective rear fibres.

We only use the centre of the feather.

We only use the centre of the feather, where the fibre is iridescent from top to bottom, and we leave the central spine on. We have to see the size of the bird’s metal body and keep taking off fibres until the desired area is covered.

Now we need to give the feathers a skin, so that their shape is not altered, so we use very thin bellows leather, or even cigarette paper. At this point, it is necessary to take great care when gluing the feather to the leather or paper, and to apply a very thin, uniform layer of silicone adhesive to the leather. Then we smooth the feather over the skin with the glue, so that the fibres are pulled in and joined, without covering the entire feather with the leather, about half of the feather, so that the edge of the feathers remains natural. We leave it to dry for a few minutes and start to shape the feather, only on the skin part , when we think it will fit the shape of the body easily, and cut off the end of the spine to the desired shape.

To glue the skin side of the feather onto the bird’s body, we can use silicone adhesive, although I prefer to apply a thin coat of epoxy resin, which will allow us to move the feather and shape it firmly to the body. Not too much adhesive must be applied to the bird, only to glue part of the skin to the metal, and in certain places to hold down rebellious or badly placed fibres. We will need three or four feathers for the bird’s body, repeating the process with each feather. For the wings and tail, it is necessary to handle and place the feathers with great delicacy.

I use the same feathers for the tail as for the body, only smaller, repeating the process. For the wings, two, three or even four types of feathers from different birds are needed, for the colour contrast when the wings move. The mounting process is identical, just much more delicate if possible, since a number of feathers are superimposed and their size is much smaller. Giving the wing its shape is quite complicated, especially if we have put on too much skin or adhesive.

This system is the result of years of work with these mechanisms. Not much information is available on mechanisms of this type, whether about replacing the feathers or reconstructing bellows. With this method I have given my customers acceptable results, since it is impossible to obtain hummingbird feathers with the skin. It should be said that hummingbirds were stripped of their skin and feathers in those days, in order to cover these automatons.